About the Commissioner of Financial Regulation 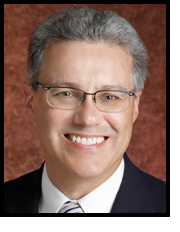 Mr. Salazar led the Banking and Financial Institutions practice at the law firm of Davis, Agnor, Rapaport, & Skalny, LLC from 2009 until joining the Office. Prior to joining the firm, he served as Deputy General Counsel of Provident Bank, a large regional mid-Atlantic bank based in Baltimore. Mr. Salazar started his banking career as an enforcement attorney with the Office of the Comptroller of the Currency. He holds a law degree from The George Washington University Law School and a Bachelor’s degree from Georgetown University.

Mr. Salazar is admitted to practice law in the states of Maryland, Connecticut, and District of Columbia Bar. He was recently appointed by Governor Hogan to the University of Maryland Medical System (UMMS) Board of Directors. Mr. Salazar is a graduate of Leadership Howard County, Class of 1999, has served on a number of local non-profit boards and he is fluent in Spanish.